It was inaugurated in 2006 and is in fully robotic operation ever since. It dwarfs commonly operated telescopes not only in running costs: Over the years, the STELLA team was successful in lowering the technical downtime of the telescopes to a mere 2%. Also the shutter-open times are impressive: 87.5% for SES and 67.9% for WiFSIP. To reach such a performance, it is necessary to do tasks not only sequentially, but, whenever possible, in parallel, merging individual tasks only when required. As an example, the telescopes already perform slewing and acquiring of the next target, while the previous exposure is still read out. Scheduling can be tuned to favor targets in the vicinity of the current pointing, minimizing slewing overhead. At the core of it, a software package, general enough to allow the operation of any (optical) telescope termed STELLA Control System (SCS) resides. It features amongst others an XML-based meta-language allowing fresh observing templates to be devised and injected into the running system, if new observing strategies are needed. Scheduling is based on a dispatcher schema, a greedy optimizing heuristic, which allows pooling of many possible observations (up to a few hundred currently, but at times passing the one-thousand barrier) and letting the algorithm decided, which observation currently to execute.

STELLA is a project of the Leibniz-Institut für Astrophysik Potsdam (AIP) in collaboration with the Instituto de Astrofísica de Canarias (IAC). 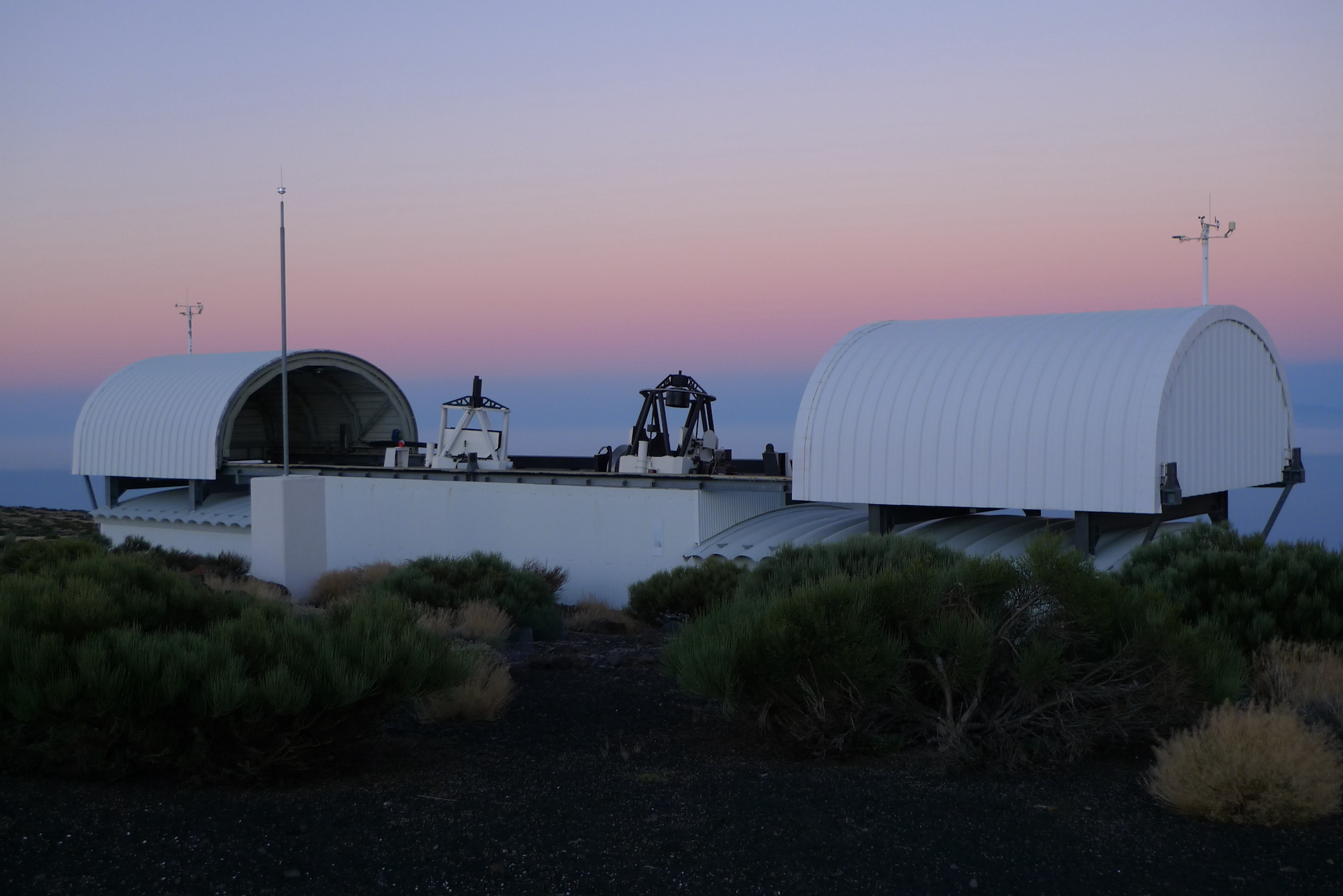 STELLA getting ready to observe.